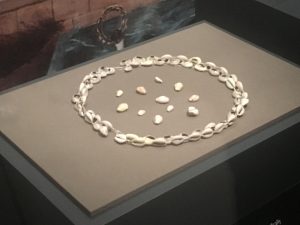 Found in the tropical Maldives of the Indian Ocean, cowrie shells were the primary and prized form of currency used earliest in China and later used in Africa for before gaining prominence throughout Europe and the Middle East. These small sea shells had an intercontinental power in trading, buying, and selling goods and services. They were a staple in the global economy, especially in Ancient Africa during the 15th and 16th centuries. In this essay, I will explain the prominent use of cowrie shells in West Africa, how European slave traders used this currency to buy African people to ship to the New World for slave labor, and the spiritual significance cowries had for African faith.

Cowrie are small, glossily polished, three dimensional shells with a light beige color. They have open ridges vertically lining the middle. The shells are oval and smooth with the middle ridges that split the shell being slightly rough. They feel cold and durable with a light weight individually though that when in mass would be heavy to carry and trade. 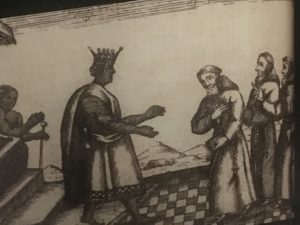 In Europe, cowrie trade began in the 15th and 16th centuries and was (primarily) dominated primarily by the Portuguese however by the 17th and 18th centuries, thereafter, promoted the use of cowries through significant trade in Africa, this increase in currency having influenced the African economy greatly. When the Europeans entered Africa, they faced empires and advanced clan leaders skilled in trade and negotiation. West Africa and these European countries began trading equally. Europe relied heavily on these affairs especially because they had a strong interest in gaining access to spices, textiles, precious metals, and salt.

Following foundational trading, Cowries were used in the economy to buy and sell inanimate goods and services until the 15th century when the colonies required labor to build new societies in the Americas. The dates the European countries ended their prominence in cowrie shell trade corresponds with their decline and termination of slave trading. The Dutch dominated until 1750 with their decline in slave trade occurring from 1780 to 1815. In 1814, the Netherlands signed an international agreement to end slave trading. It was after 1750 that the British became the main carriers of cowrie trade with Western Africa until 1807 which marked the end of their role in slave trading. 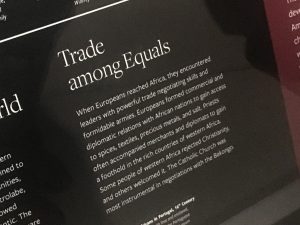 From the 1500s to the 1800s — the time the Portuguese, Dutch, and British dominated the cowrie market — Europeans shipped over twelve million Black slaves from Africa to America. This proves, Europeans used this currency to enter the West African market and exploit Africans, degrading them to slave labor. In the National Museum of African American History and Culture the cowrie shells were placed next to display text explaining Portugal, England, and the Netherlands’ role in the Atlantic Slave trade starting from “Trade Among Equals” to the commodification of Africans as the products cowrie shells bought. These shells were invaluable to Europeans as they boosted the economy and development of the American colonies. In this way cowrie shells are a key to African American history as a symbol of the beginning of the enslavement of their ancestors.

While these shells were a currency essential in building the European and American slavery economies, to Africans cowries had more meaning than wealth and enslavement. Physically they represented wealth, honor, and style. Spiritually, they symbolized a strong connection to the ocean spirits and Goddess protection. Cowries were also thought to be the mouth of Orishas in the Yoruba religion. It is no surprise that these shells were brought to the Americas to serve as talismans against enslavement.